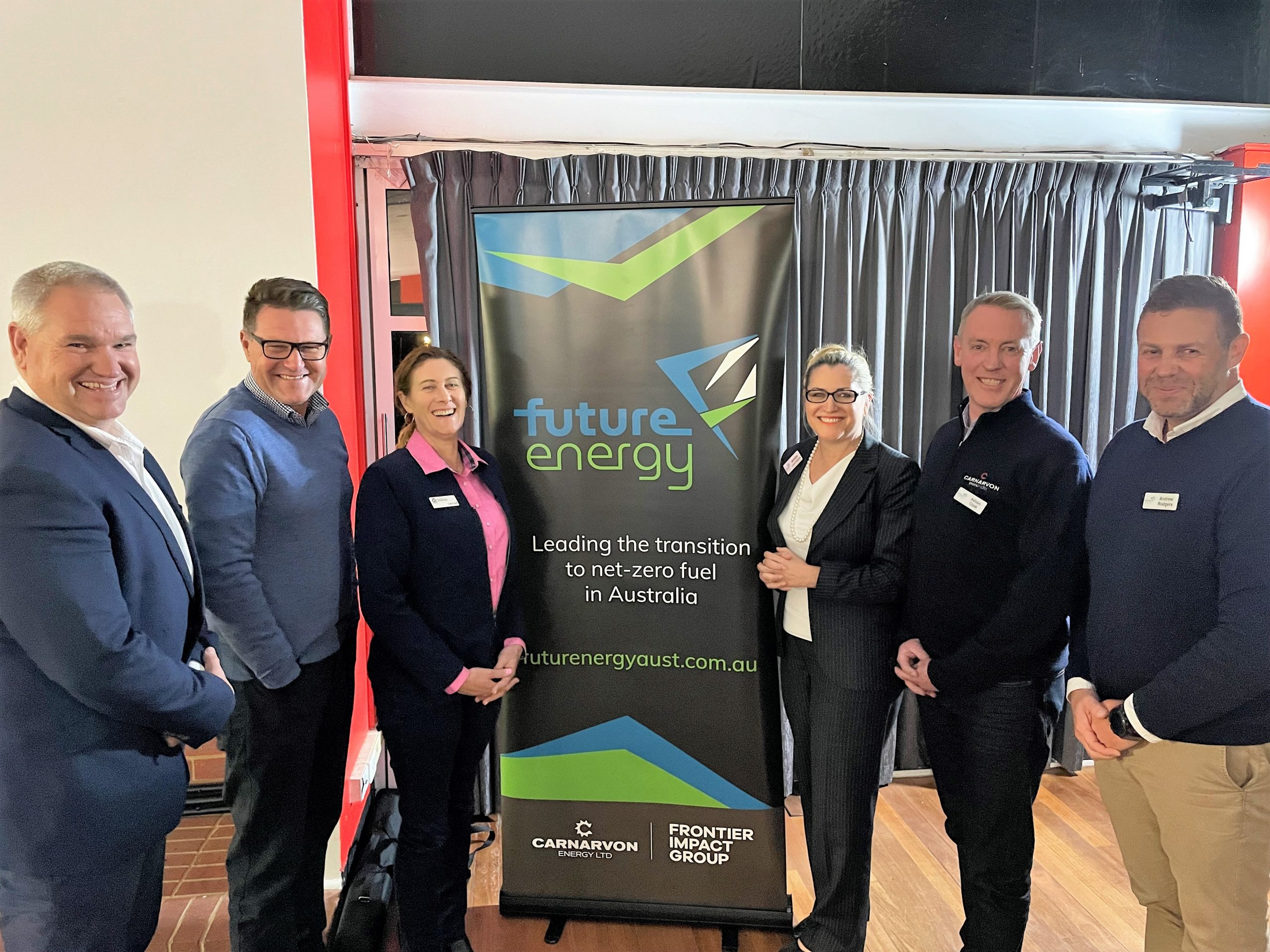 More than 70 people from the local community as well as key stakeholders turned out to learn more about our proposal to build Australia’s first commercial-scale renewable diesel facility in Western Australia’s Wheatbelt region.

Topics covered included feedstock options, how landholders could get involved in supply, what the processing facility will look like, access to valuable by-products, development of the site, how participation could influence ACCU credits and opportunities to develop the region more broadly.

Overall, the conversation remained positive and there appears to be strong community and stakeholder support for the proposed development.

Community engagement is an important part of ensuring FEA maintains its social licence to operate as the project moves towards a final investment decision later this year.

Our facility will initially produce about 18 million litres of renewable fuel per year that could be used as an immediate replacement to conventional diesel across a number of segments, including:

In addition to the production of low-carbon fuel, the project will also produce a number of by-products with significant value, that can also provide added benefit to the regional communities in which we operate.

The Narrogin facility will produce 8,300 tonnes of biochar, which can be used for carbon sequestration, enriching soil and ameliorating land that has been damaged over time.

Biochar has numerous benefits to the agricultural sector, increasing soil fertility and productivity in marginal soils. It can also be used as a feed additive for livestock to reduce methane emissions.

The project will also produce about 6.5 million litres of wood vinegar, which can be used in agriculture as a pesticide, seed germinator, growth enhancer and fungicide.

These by-products and their production in close proximity to the local agricultural community were of considerable interest to a range of farmers who attended the information session, particularly in relation to bringing down carbon emissions and opportunities to store more carbon in soil.

FEA aims to build a project that supports the development of a sustainable, circular economy which can help regenerate the Wheatbelt and generate economic activity across the value chain – including logistics, agriculture, trades and hospitality.

The construction and ongoing operations of our Narrogin renewable fuel production facility will support more than 120 direct and indirect jobs.